Does Anyone Actually Like Public Speaking? [The Most Comprehensive Response]

I earn commissions from qualifying purchases through affiliate links from Amazon and other affiliate programs. However, this is at no extra cost to you and helps our site continue to produce quality content.

Ask anyone to define the term “public speaking” and they can give you a ready answer. Public speaking, after all, is everywhere. It’s what the anchors do when they give the latest news updates at night. It’s what our boss does at work to boost morale during meetings. People know what public speaking is because it’s ingrained in their everyday lives.

But knowing something doesn’t mean liking it, either. In this article, let’s look at whether people actually enjoy public speaking and the reasons they love it (or not).

Public speaking: The Lovers, Haters, and the In-Between

You probably already guessed it; not everyone loves speaking before an audience. What percent of the population is afraid of public speaking, you ask?

Well, according to Forbes, around 10 percent are “genuinely terrified” of just the idea. These are the people who will have panic attacks when someone tells them they’re the next webinar speaker. They’ll probably call in sick or just not show up without any prior notice.

They’ll do everything within their power to not talk in public at all. It’s glossophobia at its purest form. According to Manu Melvin Joy of Kerala Toastmasters, approximately 5 percent of the population experiences this sort of phobia in a given year.

Around 80 percent of people, however, are in the middle of the spectrum. These are the people who don’t love speaking but know they have to do it anyway. They get anxious the day before the presentation, have sweaty palms when they get on stage, and then stutter halfway through their talk. Despite all of those things, though, they finish the speech. It isn’t perfect but they get it done. 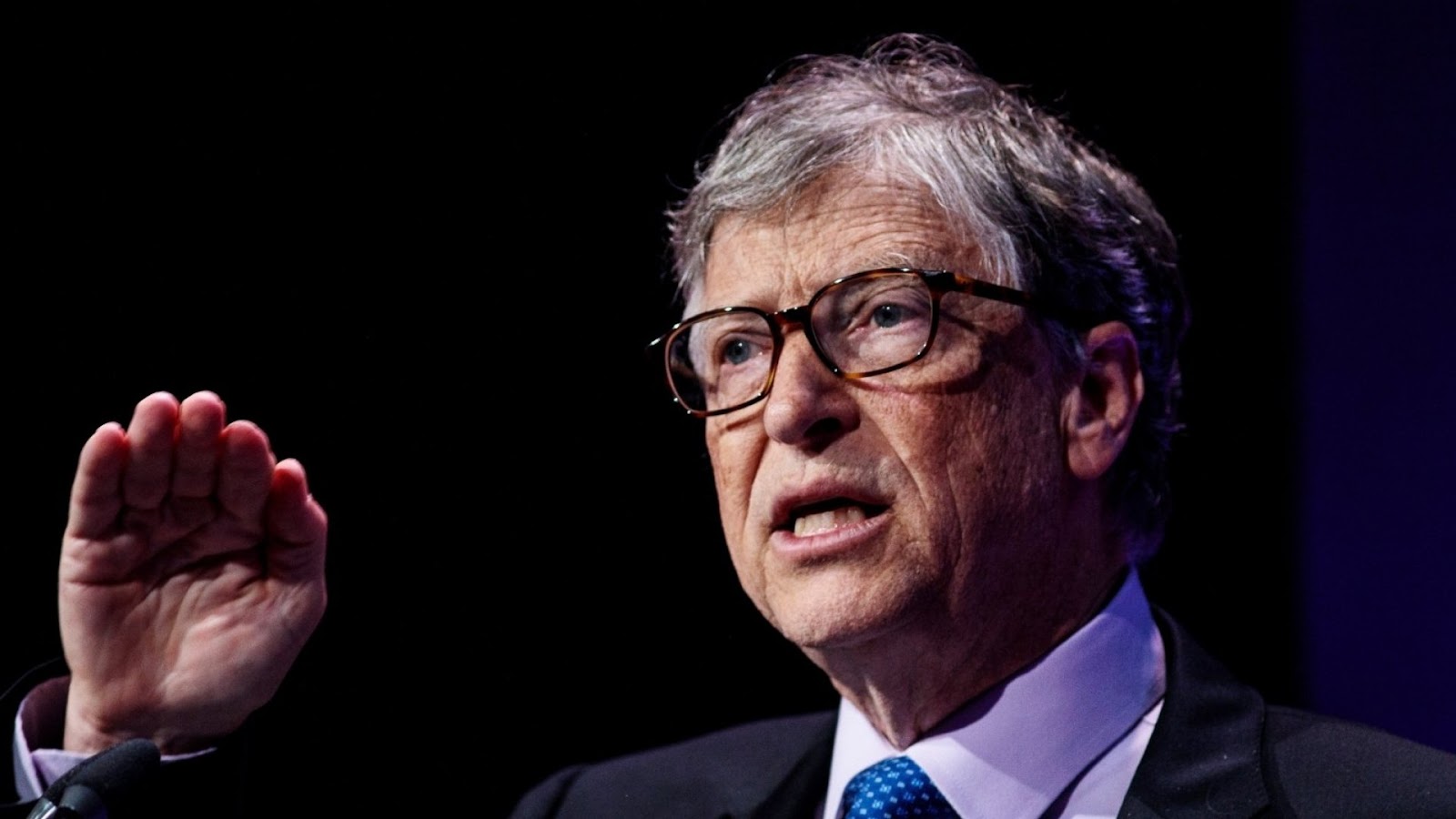 Then you have the remaining 10 percent. Do some people enjoy public speaking? Yes, and they’re that small percentage. If the haters just hate the idea of speaking in front of a large crowd, these are the people who love the idea of being on stage and being the center of attention. They absolutely enjoy sharing their ideas with an entire audience.

To people who are not public speaking lovers, these fans of public speaking are, to put it bluntly, just out of this world. But if you know their reasons for loving public speaking, you might understand why they enjoy the act in the first place. Who knows? You might even find yourself becoming a converter.

With that said, what are the primary reasons public speaking lovers love talking in front of people in the first place? Let’s look at six reasons:

1. Public Speaking Gives Them The Power To Persuade

Loving that power to persuade, however, presupposes that these public speaking lovers were able to persuade their audience in previous speaking engagements. According to Aristotle, persuasion through speaking can be done by following three rules. You think of your audience, make them happy, and speak in their language.

Although people who speak in front of an audience do so for most of the time during a speaking engagement, good public speakers allow their audience to speak, too. Good speakers give their listeners the platform not just to ask questions about the discussion or presentation, but also to give their two cents about it. In short, good speakers are not just speakers. They’re listeners, too.

That’s exactly why public speaking lovers love talking in front of an audience. Because when their audience starts dishing out their opinions after a session, they can learn new things and acquire new perspectives as well. This is the power of collecting feedback.

3. Public Speaking Can Help Them Build Their Self-esteem

For lovers of public speaking, public speaking doesn’t just help them develop the way they communicate with other people. It also helps them build their self-esteem. Believe it or not, there are millions of people who suffer from low confidence. According to Psychology Today, that’s roughly 85 percent of people worldwide!

But I digress. The question now should be this. How exactly does public speaking build self-esteem?

In the same manner, if a public speaker receives negative feedback from the audience after multiple sessions or even just one, he or she can develop glossophobia and become part of that 10 percent who hate just the idea of talking in public.

4. Public Speaking Can Help Them Think On Their Feet

Good public speaking is much more than just having a script and delivering that in front of an audience. It’s all about knowing what you want to accomplish, properly articulating your point with that end-goal in mind without necessarily just reading your script to the letter, and, at the same time, knowing what to say when the discussion, for some reason, goes off-script.

After all, the audience isn’t just a sponge that accepts ideas coming from you. Your audience is bound to give their opinions (and, like I said, this should be allowed) and even ask you questions.

In other words, the best public speakers are not just good at memorization. They’re even greater at thinking on their feet.

And that’s one of the things public speaking lovers love about speaking in front of an audience. The more frequently they speak in front of a crowd, the more they enhance that ability to think then and there. They master the critical tips to thinking under pressure, too.

So, they don’t just speak right after the question. They think about what they want to say first. When they do start talking, they do it slowly. If they don’t know the answer, they ask for more time but make sure to get back to the audience as soon as they do know what to say.

5. Public Speaking Can Help Them Master The Art of Preparation

The best public speakers (think Apple’s Steve Jobs, for example) never go to speaking engagements without their script. Remember when I said the good public speakers are also good at memorizing?

Well, that’s exactly what they memorize- Their script so they can use it as their guide in their discussion (again, it’s just a guide and not an actual script to be followed to the letter).

In other words, good public speakers take the time to prepare. They don’t just go to war without their weapon. They craft a plan, write a script, memorize the script, practice, and then practice some more. In short, they’re the masters of preparation.

That’s another reason public speaking lovers enjoy speaking in front of an audience. The more times they talk in front of an audience, the more they get familiar with how to effectively prepare for a speaking engagement. They do it often enough and the entire process of preparation takes place in just a few minutes. They can then use that skill to prepare for other equally important occasions or apply it to other aspects of their life.

6. Public Speaking Teaches Them About Life.

Sure. With public speaking, a person can learn many skills. That person can learn how to communicate, listen, prepare, persuade, and so on. Although these are important skills, there’s one that trumps them all.

Public speaking helps people learn about how to go about life in general. When you get negative feedback after speaking in front of an audience, you learn that there’s always room for improvement. You end up pushing yourself to do better so you can communicate better the next time around. When you get mixed responses to a speech which you thought you actually did great, you learn that you can’t please everyone and that, in the end, that’s actually just okay.

The fact that all these lessons can be applied to different aspects of one’s life is what makes public speakers love the act of speaking in front of an audience. Public speaking, for them, helps you learn that not everything will go your way, no matter how much time you spend on that plan. It teaches you the proper ways to respond when the going gets tough. It helps you realize that you’re not perfect. And that the key is to always keep striving to do better in everything you do.

Public speaking for public speaking lovers is the grand teacher. It teaches them to become, not just the types of people with the skills that will get them to where they want to be in this life. More importantly, it teaches them how to be better versions of themselves.

The truth is, not very many people are public speaking lovers. Ask anyone and you’ll see he or she is either just okay with public speaking or has developed a phobia of speaking before an audience.

If you’re a public speaking lover, great! If you’re not, then this article is specifically for you. It pays to know the reasons some people enjoy public speaking so you can empathize and sympathize with them. Who knows? You might even be just like them.

You learned those reasons public speaking lovers enjoy speaking before an audience. For them, public speaking gives them the power to persuade, helps them gain new perspectives, and helps them build self-esteem. It also helps them think on their feet and master the art of preparation. More importantly, it helps them learn about life and how to deal with it.

Now that you know why public speaking is such a great thing for them, here’s my final question: Are you ready to be part of that small 10 percent who love public speaking now?

Is Being Soft-Spoken a Weakness? [The Best Answer]

Is Being Soft-Spoken a Weakness? [The Best Answer]

The 8 Best Portable Microphones and Speakers for Presentations

Subscribe to our newsletter to keep up with the latest trends!

Please log in again. The login page will open in a new tab. After logging in you can close it and return to this page.